What India can learn from the Sri Lankan Crisis? 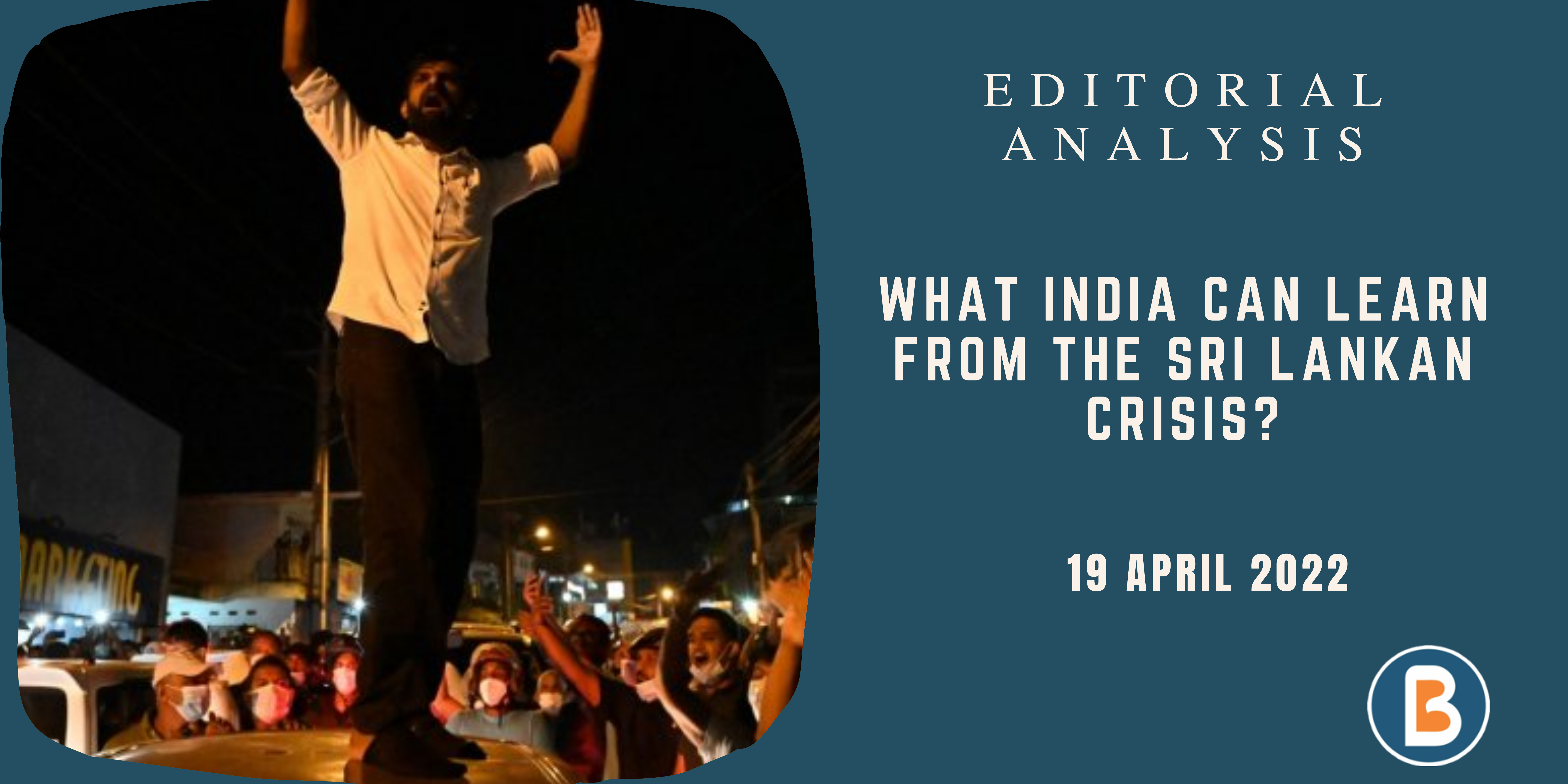 What India can learn from the Sri Lankan Crisis?

• Sri Lanka has been in severe economic distress which has caused extreme deprivation to its people.
• Most of them sight the reason of foreign exchange reserves which are needed not only to import food but also to service external debt.
• But there some other structural issues which need to be examined

• Sri Lanka’s political arrangements have been a mix of nationalism in politics and welfare capitalism in economics since the end of colonial control.
• Ethno-nationalism was fueled in order to create a nation state based on a Sinhala identity, which had begun to emerge in the 1950s.
• It can be found in the official “Sinhala Only” language policy that was implemented at the time. Despite the fact that it was later diluted, it fueled ethnic nationalism and made the Tamil-speaking population feel uncomfortable.
• The appeasement of the Buddhist clergy, which is virtually entirely Sinhala, contributed to the Tamils’ linguistic marginalisation.
• It not only alienated the Tamil-speaking populace, but also resulted in the foundation of the Tamil Tigers, a terrorist organisation, as well as a civil war.

• With the Tamils having had a significant presence in the professions, the country experienced a loss of expertise in almost all spheres.
• Investment is also likely to have been hampered by the civil war. While all uncertainty stymies investment, private investors would be especially hesitant to put their money on the line in such a chaotic environment.
• A state waging a civil war will be hard pressed to make up for this through public investment, as its military actions will inevitably put a strain on its finances.
• It wouldn’t have had much time to deal with the stresses that come from time to time in any market system, much less plan for economic growth.
• Thus, social unrest can obstruct the development of a country’s productive forces, affecting its economic growth in a variety of ways.

Lessons to be learnt:

• It is clear from this example that though there is an economic crisis but the root cause has been the social strife.
• So, the state supported majoritarian identity politics and ethnic issues must be kept at bay.
• Welfarism, though was appreciated initially has not been a successful policy in later times.

• Sri Lanka’s case shows us why it can be damaging for a country to rely on trade for its essential consumption goods.
• By comparison, the States of India that face deficit of food are saved by being part of the Indian Union.